Robin of Locksley is dead. Little John is in exile. Marian has become a wandering sellsword. Friar Tuck has been burned for heresy.

The age of Robin Hood is over as King Henry succeeds King John to the throne. Corruption is rife in England, with the baronies running unchecked by a careless monarch. England needs justice.

Merry Outlaws lets players create their own legacies as outlaws stamping out corruption and redistributing wealth to those who need it most. As characters progress they will add stanzas to their very own ballad, becoming heroes, legends and eventually part of the entire tapestry of English folklore, just like Robin Hood.

Merry Outlaws uses a simple d6 system, with players making all rolls. Each Outlaw has a code of ethics to live by and special abilities to aid in their adventures.

The game has been submitted as part of the Folklore Jam. 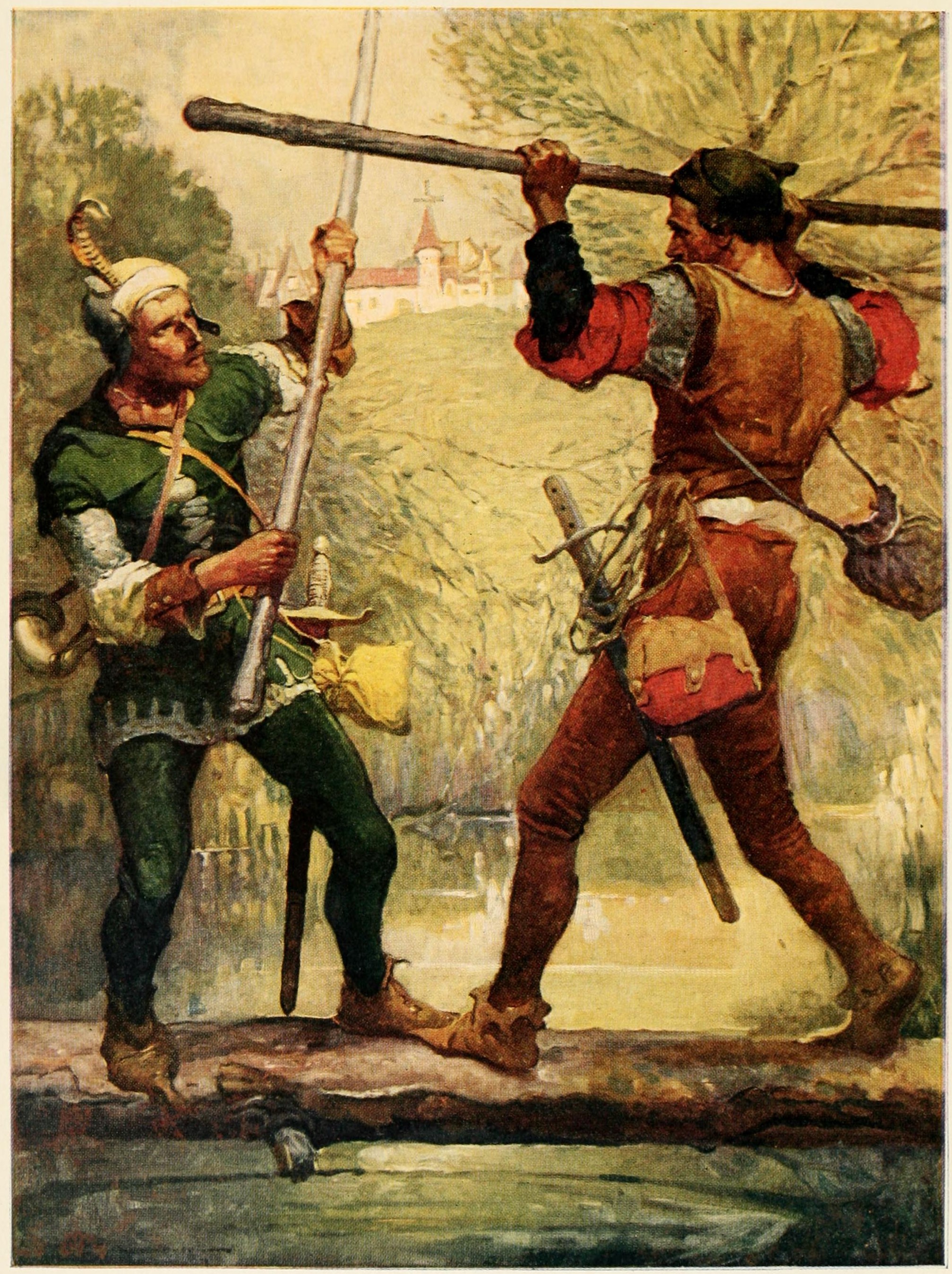 Support this game at or above a special price point to receive something exclusive.

A 24-page stapled print zine edition. If you're purchasing from outside the UK please tip $5. Let me know if you want it signed.

This is a clever, clean setup. I've seen a few of these sorts of thematic engines but few others have made me want to play them right away like this one. Sharp design and theme decisions. The poetry rules are great :)

Wounds: It seems like the effects of a wound go away after a seven hour rest, but does the wound remain? I assume a new wound merely replaces the old one in effect, so you have to sleep for seven hours again to shake off the new Setback penalties. After such a rest it feels like a given wound has sort of gone away, apart from roleplaying purposes maybe.

Since you only need to rest for 5 hours to fully regain stamina I might imply that you rest the full 7 to tend to a wound, otherwise it may open up again if you roll a 1 in a dire situation.

I would have liked it shown that fate coins act as a heal and don't increase stamina past the maximum, and that you just need to reroll any duplicate ability generation rolls, but I guess it's pretty clear that's the intent.

I think I might come up with a rule, though, where if you ever roll a duplicate ability you instead gain a follower with that ability (whose stamina is equal to your current stanzas (min 1), increasing with yours until they become a potential player character, but subject to morale checks equal to their stamina vs. 2d6 or something)

Thanks! This is fun.

Hey. Yes, you've got a point on wounds and I'll post up a clarification, but yes, when you lose the setback from a wound you also lose the wound.

On heals - again, I'll clarify but you've read it right.

Hey! This looks great. I particularly love the Ballad system :)

Really dig this and the public domain art is *chef's kiss*

It's got a few typos, and I'd love to see the tables presented as flip a coin then roll a d6, but overall it's just a great little game. 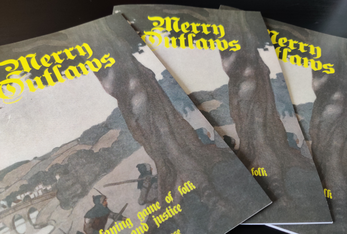 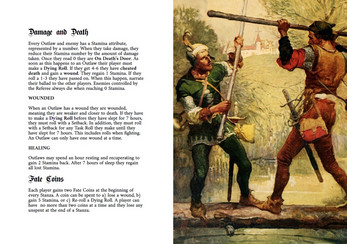 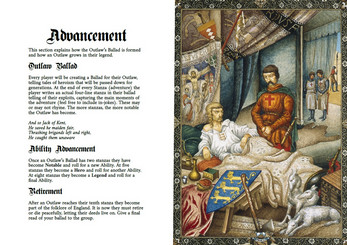 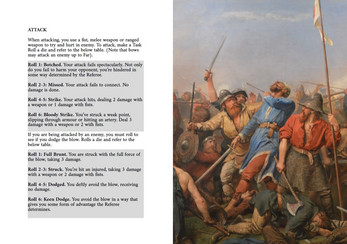 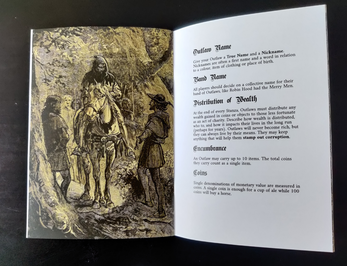